Situated along the Deer Creek, Whistler Woods offers majestic views. Looking from atop the slate hillside down into the Deer Creek valley affords views of the meandering creek and forested creek valley. The trail leads down to the valley and up to the edge of the creek. Across the creek, a slate wall with water dripping from seeps gives a zen garden like feel to the property.

Evidence of wildlife activity is frequently found, from beaver chews to tracks in the soft soil at waters edge. 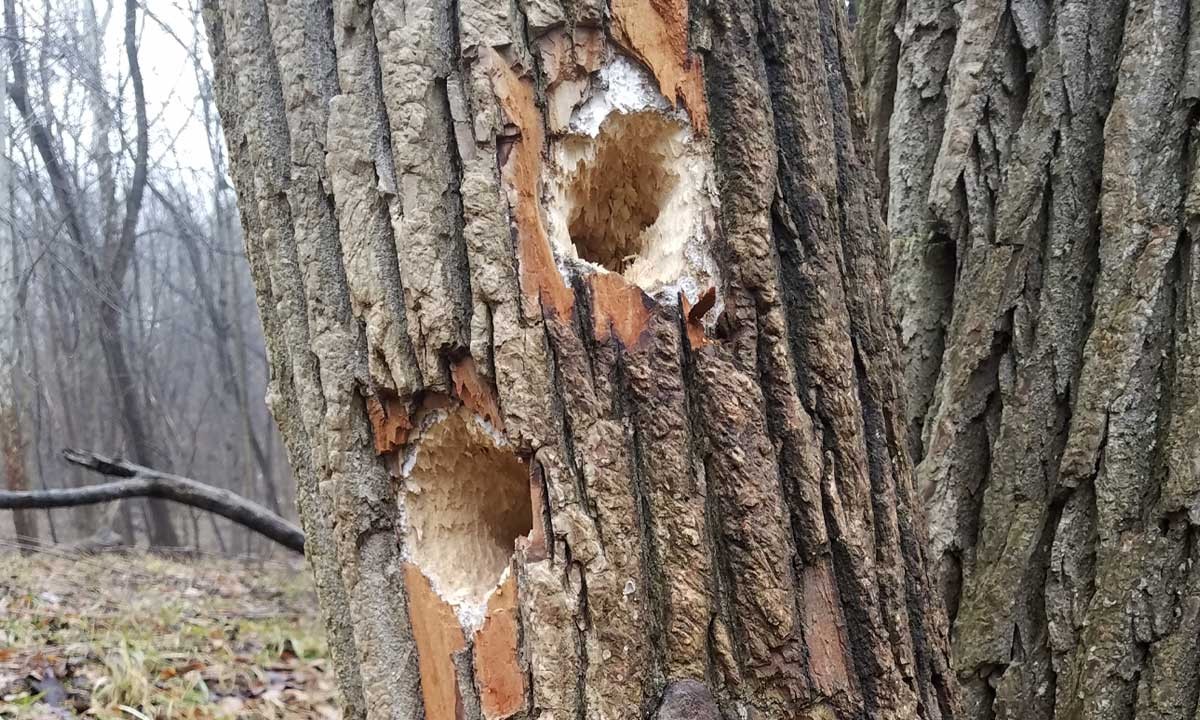 In honor of his mother, Mary I. Gerard, Charles Gerard donated 6 acres of quality bottomland woods in 2008.

In 2017, NICHES added 5 acres south of the former railroad bed and north of the Gerard donation.

In 2018, NICHES accepted the donation of 89 acres of land from the City of Delphi. The stewardship endowment for the land was supported in full by the Roy Whistler Foundation, an organization that has helped NICHES grow many times over the years. NICHES chose to rename the preserve Whistler Woods in honor of the Roy Whistler Foundation and name the trail on the land as the Gerard Trail.

From downtown Delphi, Indiana: Head east on Indiana 25, turn north on 300 North, look for sign for trail head marking Delphi Trail System. Park at the lot, and head east over the Freedom Bridge. NICHES property is on the south after crossing the Freedom Bridge.