A 20 acre tract of land along Big Pine. The property features a small mature oak/ hickory woodland on the bluff south of the creek, mature floodplain trees in the riparian corridor, and mature trees along the east and west property lines. A graminoid and forb ground layer is well developed throughout the property.

The property includes a small section of Big Pine Creek that runs from east to west across the southern portion of the property. Big Pine Creek is a high quality stream with a steep gradient and high rate of flow. It is home to a wide variety of native Midwest stream species. 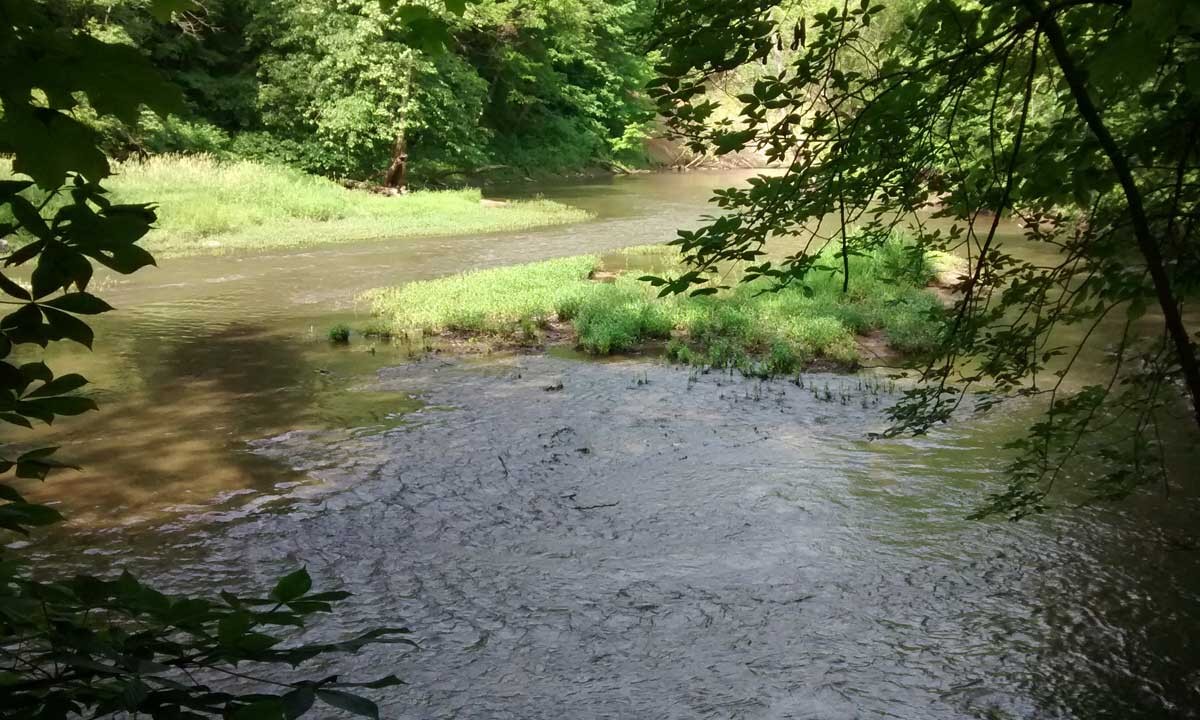 More about the property:

Rhus Radicans provides excellent habitat for all varieties of local wildlife. The healthy stream supports a wide variety of fish, 57 species recorded historically. Included in those historical reports are the bluebreast darter and bigeye chub. A study on Indiana’s seven endangered darter species published by Brant Fisher in 2008 reveals that the bluebreast darter still occurs in Big Pine Creek due to its specific need for large boulders in clear/fast running water. The creek contains many endangered mussels as well as a species of special concern, the salamander mussel. The salamander mussel requires mudpuppy salamanders to complete its lifecycle, offering evidence of the mudpuppy’s presence in the stream. Other amphibian species including frogs and salamanders likely have some presence on the property as well as snakes and turtles. The property is likely used by red fox coyote, fox squirrel, white tailed deer, eastern cottonwood rabbit, raccoon, mink and muskrat. Many birds likely use the property including kingfisher, great blue heron, roughed swallows, eastern phoebe, wild turkey, bobwhite quail, etc.

No Lot. Use caution when parking along country road side. Do not block traffic