The land is a mixture of woods, farm pond and former pasture with trails that welcome exploration of the land and our relationship to the natural world. The property has a private residence that is home to the caretaker of the property, please respect their privacy. 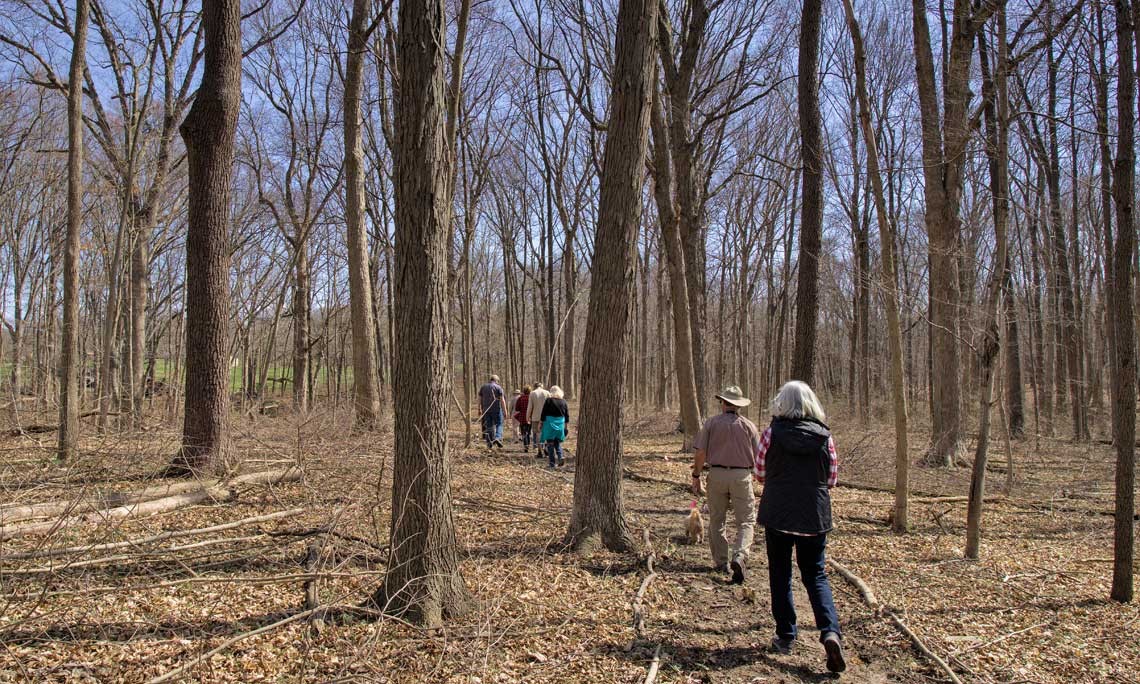 Parker’s Hickory Grove Farm protects 22 acres of land that is a mixture of mature hardwoods, former pasture, a farm pond. The land was used by the Parker family to run cattle and is in the process of rebounding from the cattle and the impact of invasive honeysuckle over the last two decades. The trails over the land wind through the habitat enticing exploration of the natural world and its changes throughout the year and over time and humans role in shaping the natural world. The property has a private residence that is home to the caretaker of the property.

NICHES acquired the 22 acres as a donation from the three children of Herb and Dortha Parker in 2020. The land was the childhood home of Rick, Steve and Dan Parker and where they raised cattle and bantam chickens, played in the woods, and learned the values that made them successful in life, and they chose to honor their parents (Dortha was a member of NICHES for many years) with a donation to NICHES.