Black Rock is a 45 acre state dedicated nature preserve, protecting a portion of the very rare sandstone/ siltstone barrens. The southern exposure combined with the thin acid soils slows the growth of trees on the site.

Black Rock is a prominent Mansfield sandstone outcrop rising over 100 feet from the Wabash River. There are no comparable outcrops for a hundred miles in either direction down the Wabash River. The thin acid soils slows the growth of trees on the site. Manganese and iron oxides give the rock its dark complexion. 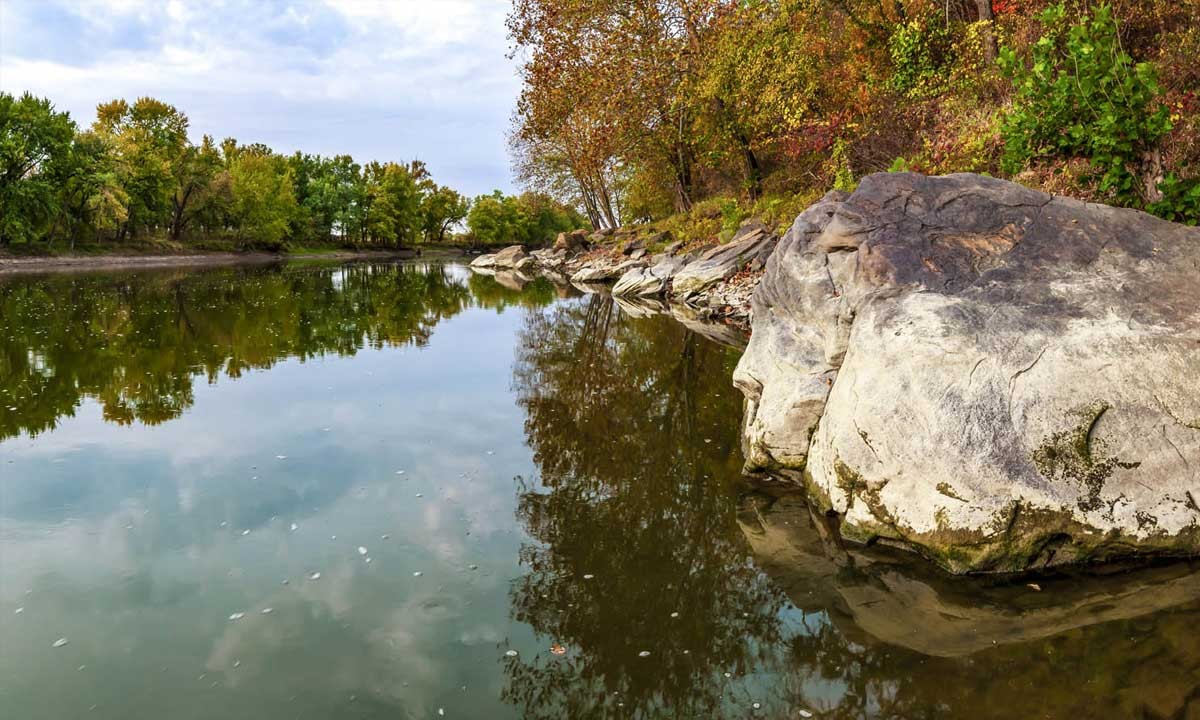 The purchase of Black Rock was made possible by Jerry Hunley and Margy Deverall via a bargain sale. Other supporters of the purchase include: The Nature Conservancy, Roy Whistler Foundation, McAllister Foundation, Warren County Community Foundation, Indiana Native Plant and Wildflower Society.

White Oaks dominate the canopy of the site. Huckleberries, goats rue and foxgloves are among the herbaceous species that you will find on the site.

Black Rock is rich with local history.  In the 1811, before the Battle of Tippecanoe, the Prophet stationed warriors on the bluff to wait for Gen. Harrison’s approach. Harrison learned of the warriors’ presence and traveled inland to avoid them. The Battle of Tippecanoe broke the spirit of Tecumseh followers’ efforts to unite the Native American tribes and hold on to their land.

In 1838, the Potawatomi Trail of Death, a 660 mile forced relocation march from Plymouth, Indiana to Osawatomie, Kansas, camped near this location.

During the canal era, settlers fished and provided lumber to feed the growing towns to the east and west along the Wabash and Erie Canal (on opposite side of the river).

The 20th century, has attracted weekend merry makers for picnics, boating and dancing.

An unassuming little plant called the Selaginella rupestris, ledge spikemoss, is an S2 (state imperiled) listed species for the state of Indiana. This is one of the species that put Black Rock on the map as a site with a rare species. Deam recorded it at the Black Rock site in 1931. It was discussed at the Central Indiana Scorecard Meeting that Bob Easter, our Stewardship Manager, had attended recently and with a little help from state botanist Mike Homoya’s historical records, he was able to track some down in October of 2013!